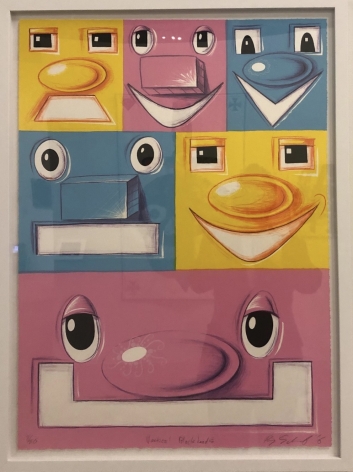 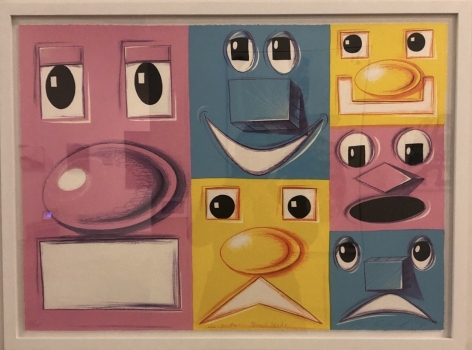 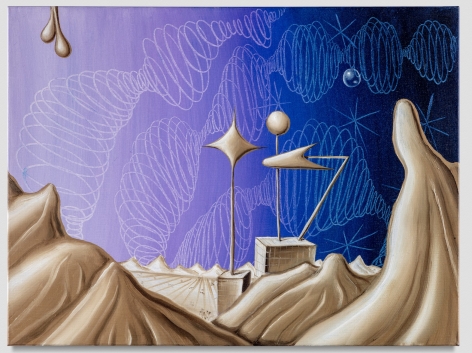 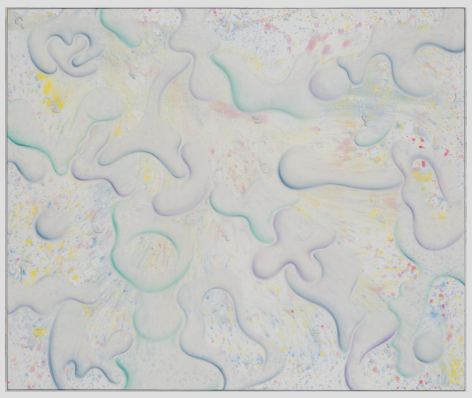 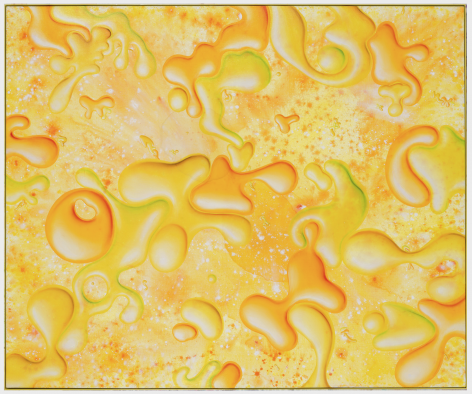 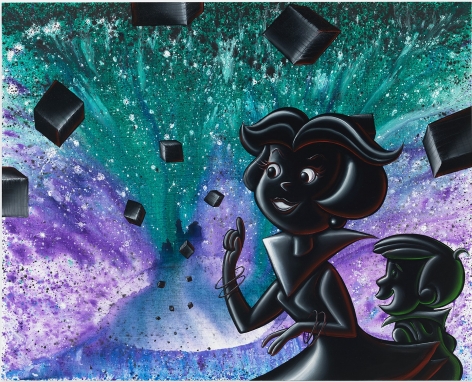 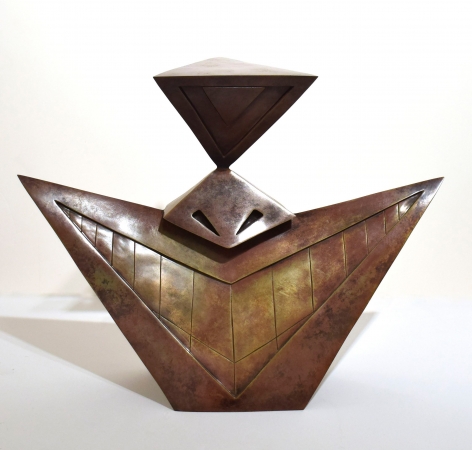 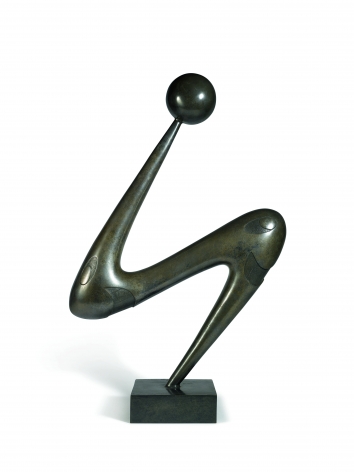 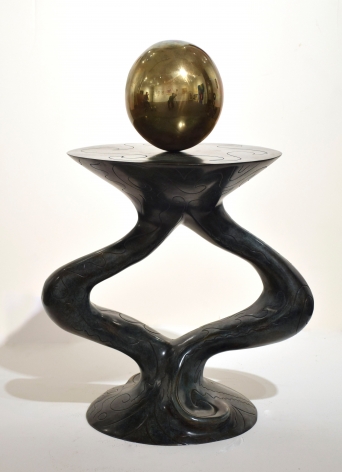 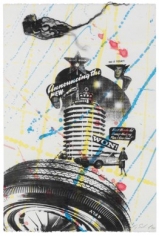 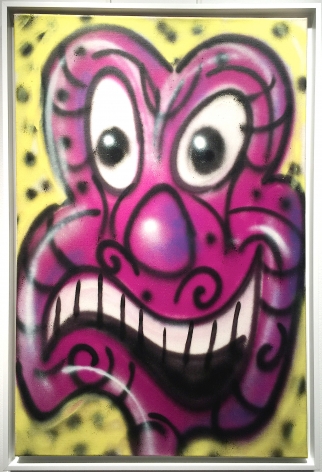 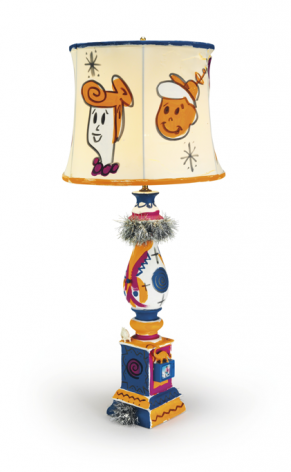 Kenny Scharf (American, b.1958) is a painter and installation artist associated with the Lowbrow movement, and best known for work inspired by comic books and pop culture. Born in Los Angeles, CA, he studied at the School of Visual Arts in New York City, and became part of the East Village art scene during the 1980s. His early work, such as Judy on the Beach (1962) and The Flinstones (1962), was strongly influenced by Hanna Barbera cartoons, but he gradually began to transition to biomorphic imagery. In 1985, the Whitney Biennial featured Scharf’s black light installations, such as his Closet #7, and the painting When Worlds Collide (1984).

At the end of the 1980s, he began a series of Glob paintings, which were inspired by Abstract Expressionism and Surrealism. Scharf’s most recent series of paintings, titled Naturafutura (2010), depicts abstract swirls of black paint, inspired by his studio in coastal Brazil and the BP oil spill. He has held solo exhibitions at the Museo de Arte Contemporaneo de Monterrey in Mexico, MoMA PS1 in New York, and the Pasadena Museum of Contemporary Art. He lives and works in Los Angeles.