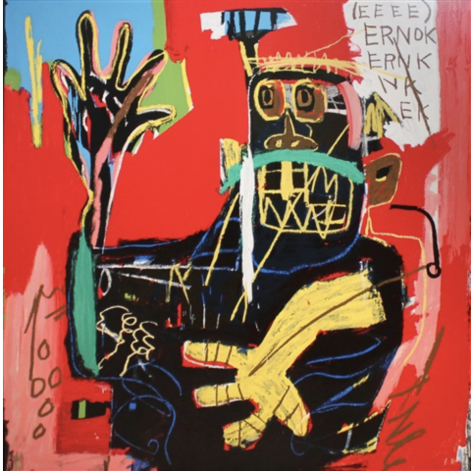 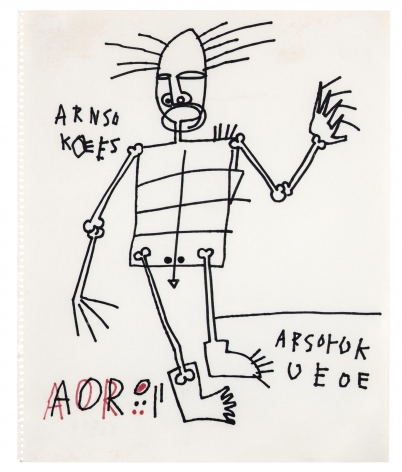 Jean-Michel Basquiat (American, 1960–1988), one of the first African American artists to reach international stature and wealth in the art world, had a short but prolific career, rising to fame early for his fusion of multicultural symbols, biting social commentary, distinctive graphic style, and often temperamental personality.

Born in Brooklyn, NY, Basquiat drew and visited museums regularly from an early age, and many of his childhood interests would prove influential in his later work. Basquiat dropped out of school at the age of 17, and began creating art, gaining notoriety for his invented character SAMO (“Same Old Shit”), who made a living peddling “fake” religion.