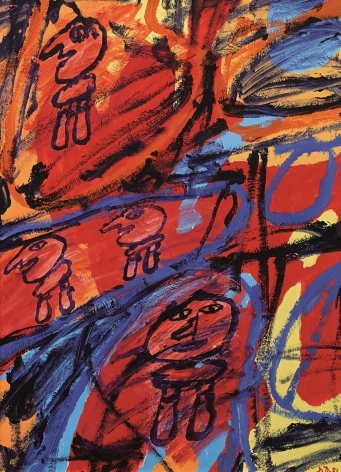 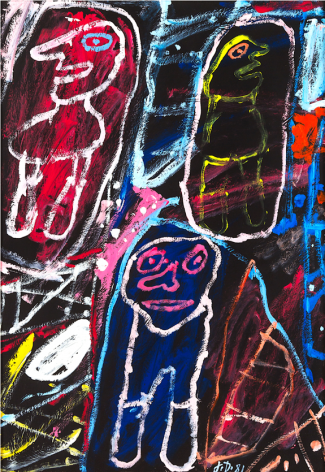 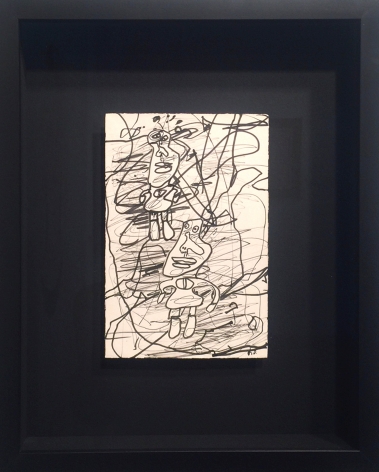 Resisting an accepted aesthetic his entire career, Jean Dubuffet (French, 1901–1985) is considered one of the pioneers of the Art Brut movement. Born into a well-off family in Le Havre, France, Dubuffet left home at age 17 to study art in Paris. After completing his studies, he stopped painting and spent the next 20 years as a wine merchant, factory worker, and soldier, none of which ended successfully.  He returned to painting at the age of 41, spending the next 40 years in a state of prolific creation working in various avant-garde styles and embracing obscure materials in his art.

While working in Paris, he befriended some of the most outspoken intellectuals of the day including the poet Henri Michaux (Belgian, 1899–1984) and the critic Jean Paulhan(French, 1884–1968), both influential in his artistic discovery. In 1962, Dubuffet developed his famous Hourloupestyle, producing many works including several large sculptures that are among his most widely-known today. He continued to paint and draw throughout his declining health, working in Paris until his death in 1985.